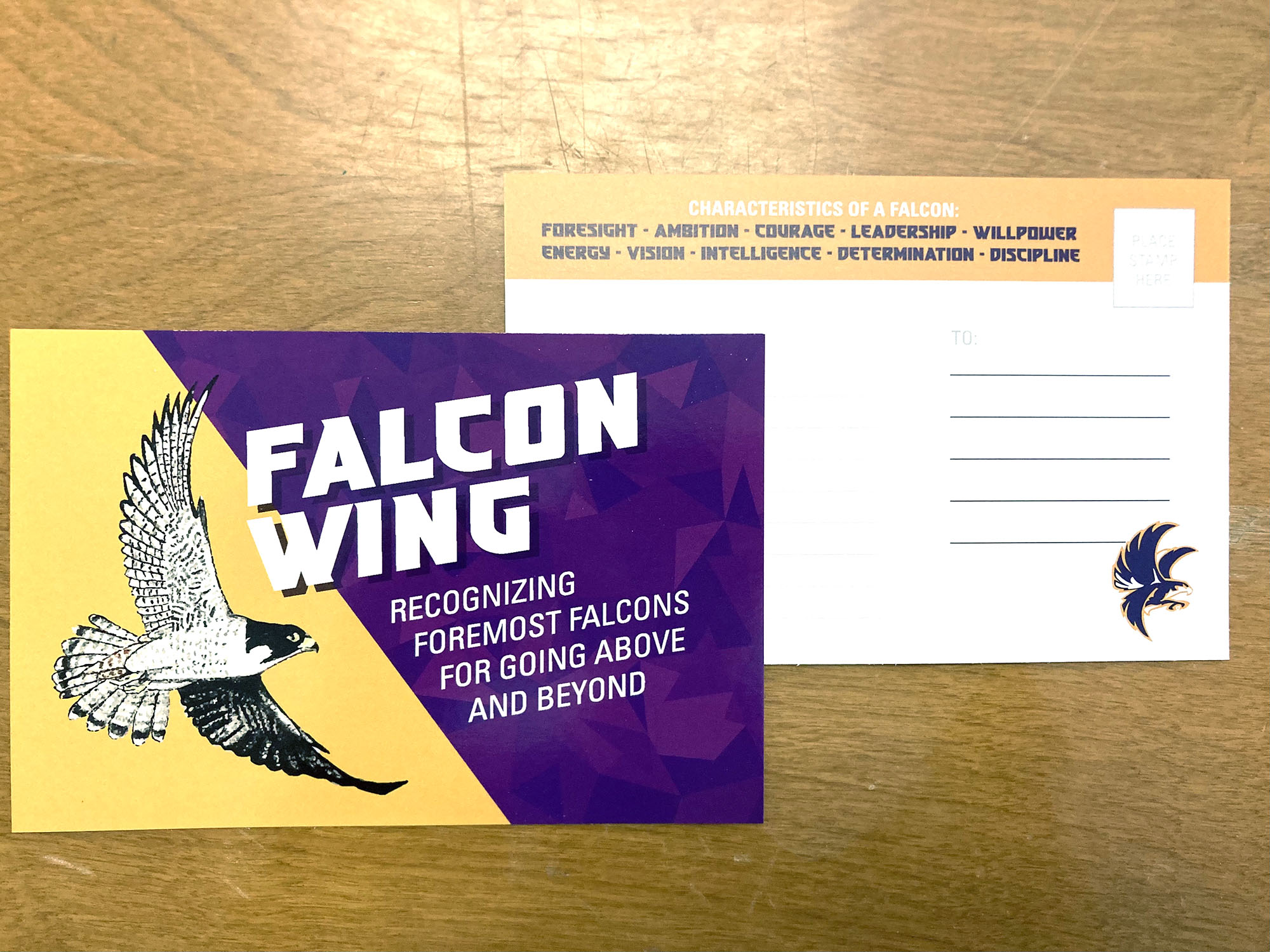 Foremost School established a Falcon Wing Award to recognize students that go above and beyond at the school.

“We wanted to have something that recognized students for things they do on a day-to-day basis,” said Corey Steeves, Foremost School principal.

If a teacher or a staff member recognize students that have characteristics of a Falcon (the school’s nickname),which include foresight, ambition, courage, leadership, willpower , energy, vision, intelligence, determination and discipline, they can fill out a Falcon Wing Award postcard at the office and in turn the school will mail it to the students home.

“We like the idea that it goes to the home,” he said.

“Some people, that type of recognition, not everybody likes being recognized in front of everybody—some people do, some people don’t. This allows us to send it to the home and have mom and dad see it and put up on the fridge … If you see a student that has done something courageous or somebody who’s gone an extra mile to show leadership or really struggling with a class and over the last couple weeks, you’ve really seen them do a little bit extra will power and work hard after school and you may say you know what, I’ll throw out a Falcon Award for that student and send it home.”

“Some of the older students have taken the younger students and helping them through things. We’ve seen that already in our hockey academy because we’ve move them from Grades 4 to 12.”

While the school would like to see these types of acts done without an award, Steeves says it’s not flashy and they notice what the students have done on a day-to day basis.

A handful of postcards have gone home in the first couple of weeks of school.